Samsung has been a dependable player in the Indian market for ages now, and has been the first choice for a lot of users all along. While Chinese smartphone manufacturers have flooded the market with value-for-money smartphones of late, the Korean smartphone maker still finds buyers thanks to the brand it has built over the years. In order to compete in the sub-Rs. 10,000 segment, Samsung launched the Galaxy M10 earlier this year. While it was affordable by Samsung’s standards, it wasn’t very well equipped to take on the competition. Samsung has now launched an update to the Galaxy M10, aptly called the Galaxy M10s.

The Galaxy M10s shares the same design as the Galaxy M10 (Review), with the highlight being a big display with a waterdrop notch. Samsung has increased the size of the display, and it now measures 6.4 inches. It has thin bezels at the top and the sides though the bottom bezel is chunky in comparison. The waterdrop notch houses the selfie camera and has a tiny earpiece grille above it which is easy to miss thanks to its black finish.

Pick the phone up and you will notice that it is relatively light at 169g. The sides of the Galaxy M10s are curved which makes it comfortable to hold. It measures 7.8mm in thickness and packs in a 4,000mAh battery. All the buttons are on the right. We found the power button to be easy to reach but we can’t say the same about the volume buttons. 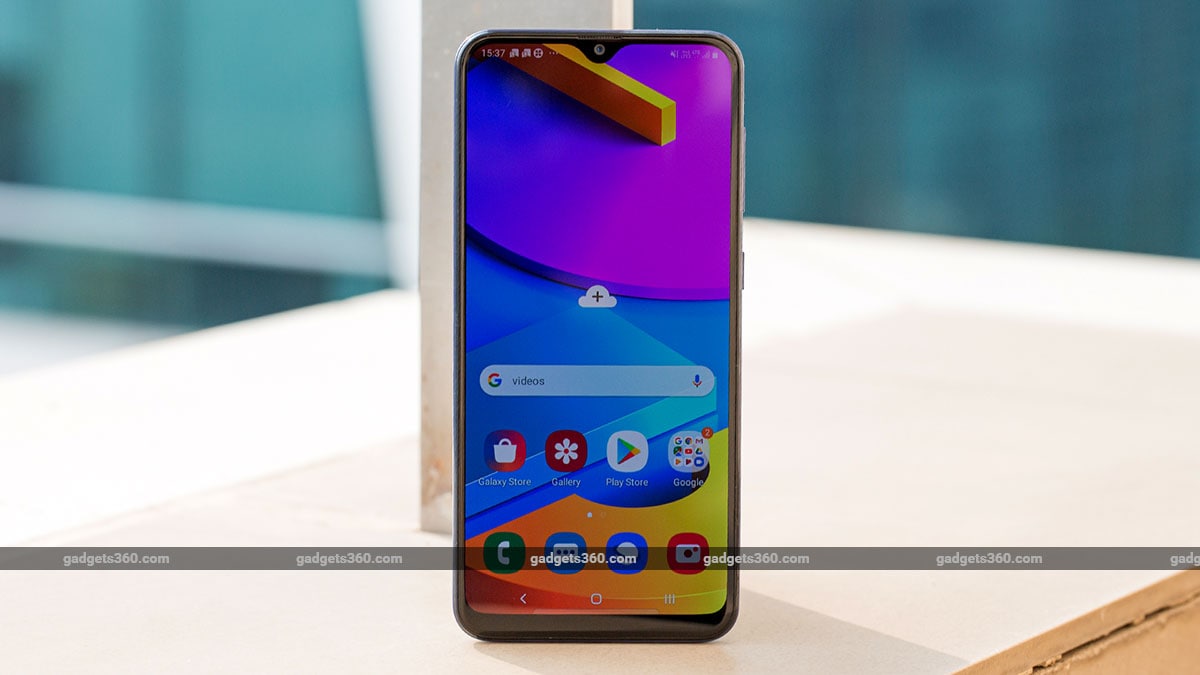 On the left, there’s a tray with two Nano-SIM slots and a dedicated microSD card slot for storage expansion. The Galaxy M10s has a secondary microphone at the top, while the primary microphone is at the bottom along with a USB Type-C port, the 3.5mm headphone jack, and the loudspeaker.

Samsung’s Galaxy M10 missed out on a fingerprint scanner, which was an unfortunate omission considering its price. The company has fixed that this time by offering one at the back of the Galaxy M10s. We found its position to be slightly too high for our liking but shuffling the phone helped reach it. This phone sports a dual-camera setup at the back with a single-LED flash below it.

Just like most other Galaxy M-series smartphones, the M10s sports a plastic back panel in order to keep costs down. We found it to be a fingerprint magnet, and no case is supplied in the box to help avoid this.

The Galaxy M10 had a weak processor, but the Galaxy M10s seems to have gotten an upgrade in the form of the Samsung Exynos 7884B. This is an octa-core processor with two ARM Cortex-A73 cores clocked at 1.6GHz and six more Cortex-A53 cores clocked at 1.35GHz. The Galaxy M10s is available in one configuration only, with 3GB of RAM and 32GB of storage, priced at Rs. 8,999. You’ll get around 22GB of storage free for use out of the box. You do get the option to expand storage by up to 512GB using a microSD card.

Samsung has opted for an AMOLED display for this sub-Rs. 9,000 smartphone, and it looks gorgeous. It has an HD+ (720×1560 pixels) resolution and good viewing angles, and it does get bright enough when outdoors. An AMOLED panel that looks this good isn’t common in this price segment, and you will enjoy viewing content on this smartphone. We weren’t happy with the bottom-firing speaker though, because it wasn’t loud and everything sounded tinny. 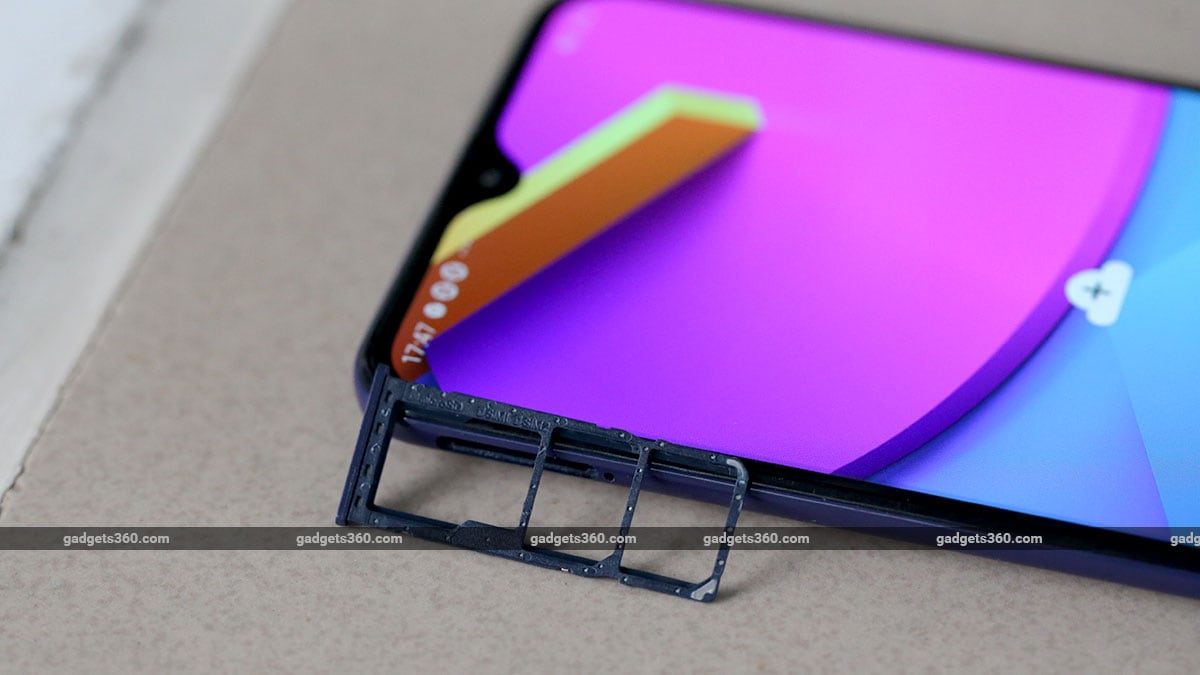 The Samsung Galaxy M10s has a dedicated microSD card slot.

There is support for dual 4G VoLTE, Bluetooth 5, Wi-Fi, and three satellite navigation systems. Samsung ships a 15W charger in the box which is a good addition and helps charge the battery quickly.

Samsung ships the Galaxy M10s with OneUI 1.1 running on top of Android 9 Pie. Our unit was running the August security patch. We found Netflix, Snapchat, Amazon Shopping, Booking.com, Helo, Dailyhunt, and a few Microsoft apps preinstalled. While most of these apps can be uninstalled, Netflix could only be disabled. Dailyhunt and Helo can get spammy after they are launched for the first time, and we would recommend that you uninstall them right away if you don’t intend to use them.

Digital Wellbeing, an Android Pie feature which lets you track your device usage, is also available on the smartphone. There are a few gestures such as Smart Stay which keeps the display on as long as you are looking at it. You can pull down the notification shade by swiping down on the rear-mounted fingerprint scanner. Double-tap to wake is also available to quickly wake the phone. Sadly, there’s no Always-on display feature. Samsung could have baked that in to take full advantage of the AMOLED panel.

Samsung’s Exynos 7884B SoC helps the Galaxy M10s deliver acceptable performance for basic tasks such as getting around the Android UI. We did sense a bit of weakness when loading apps, as the phone took longer than usual. The 3GB of RAM you get with this smartphone is decent enough for average users but if you constantly multitask between apps you will notice them terminating in the background. This increases the wait time as the weak processor starts loading these apps all over again. 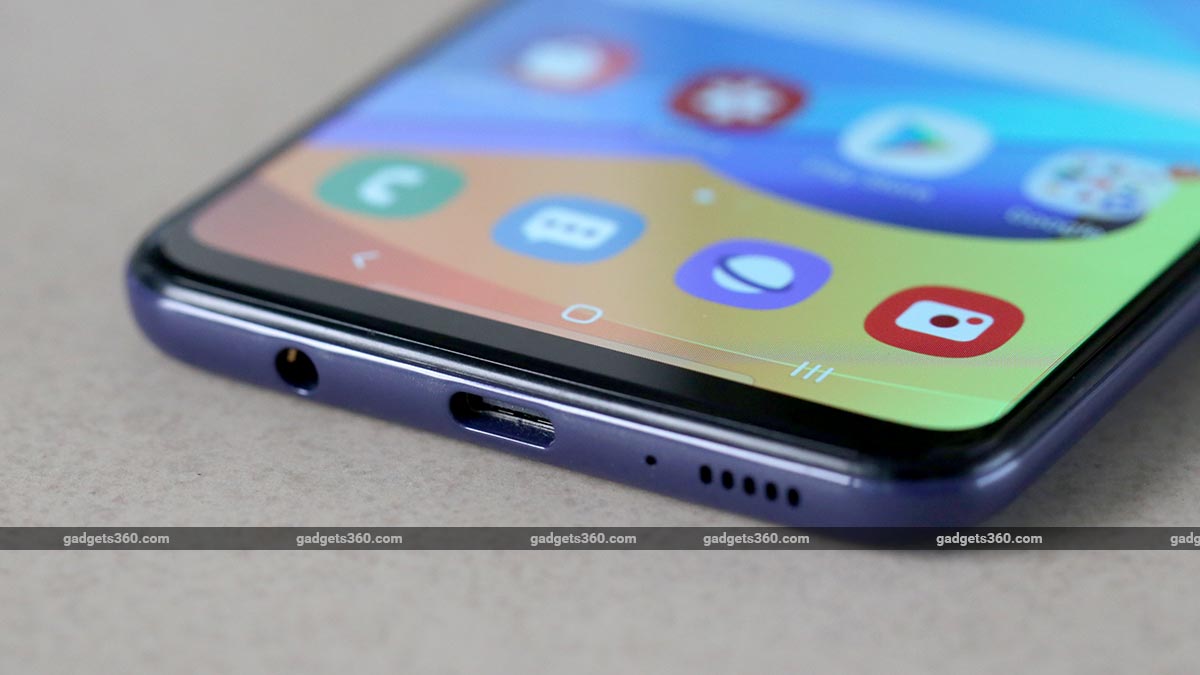 Since many phones in the sub-Rs. 10,000 segment now have new processors such as the Qualcomm Snapdragon 665, we were curious to see how the Exynos 7884B stacks up. In AnTuTu v8, the Galaxy M10s clocked 108,755 which is a lot lower than the 169,832 clocked by the Redmi Note 8 (Review) with its Snapdragon 655. Geekbench 5 also reported lower scores for the Galaxy M10s, with the device scoring 244 and 894 in the single-core and multi-core tests respectively. The Redmi Note 8 scored 314 and 1,327 scores in the same tests. Graphics benchmarks were decent though, with the Galaxy M10s scoring 31fps and 8.4fps in GFXBench’s T-Rex and Car Chase benchmarks respectively.

We played PUBG Mobile on the Galaxy M10s and the game defaulted to the medium settings. The graphics were set to Balanced and frame rate set to Medium. We did notice stutter while gaming, and the smartphone was slightly warm to the touch. We also played PUBG Mobile Lite which performed better and was playable without any noticeable lag.

The Galaxy M10s delivers good battery life. We had around 40 percent left at the end of a full day of usage which included running a few benchmarks, taking a couple of photos and videos, and using the smartphone for navigation using Google Maps. In our HD video loop test, the smartphone went on for 15 hours and 11 minutes which is decent for the price. The 15W supplied charger does come in handy as it took the phone to 28 percent in 30 minutes and to 60 percent in an hour. Completely charging the smartphone took over an hour and a half.

The Samsung Galaxy M10s sports a dual-camera setup. There’s a 13-megapixel primary camera with an f/1.9 aperture, and a 5-megapixel ultra-wide-angle camera with an f/2.2 aperture. It also has a single-LED flash positioned just below the camera module. For selfies, it has an 8-megapixel sensor positioned in the waterdrop notch. 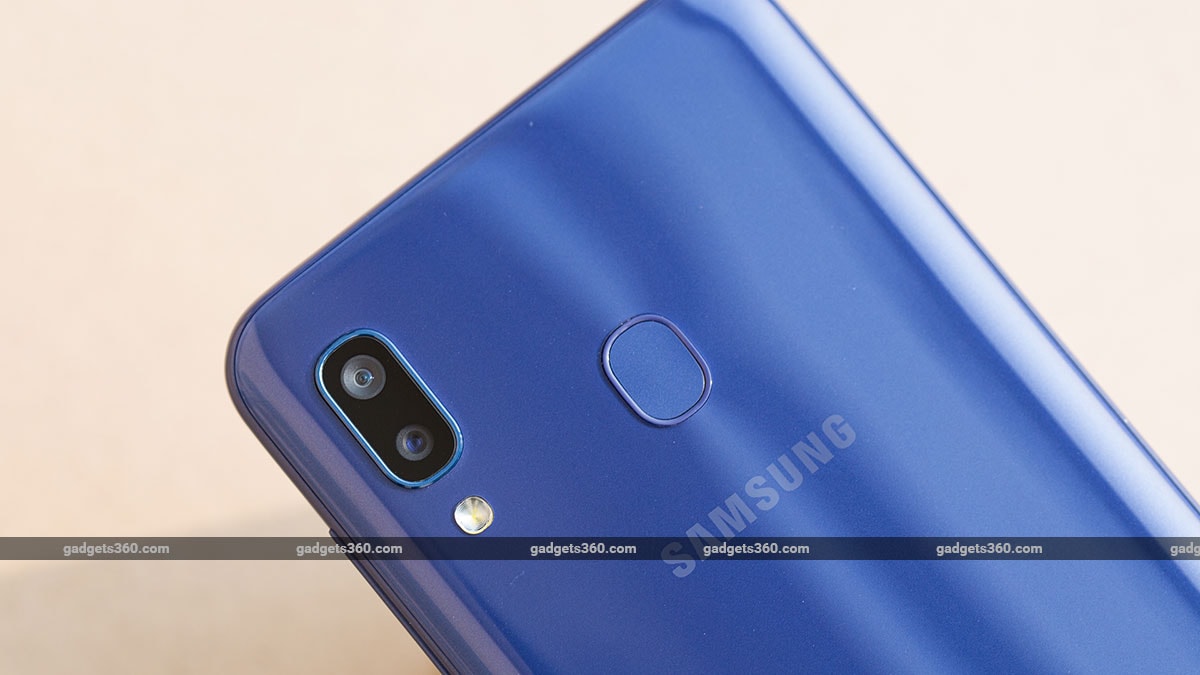 The Galaxy M10s has a dual-camera setup at the back.

The camera software is similar to what we’ve seen on recent Samsung M-series smartphones. Apart from the photo and video modes, it has Panorama, Pro and Live Focus modes to choose from. There is a quick toggle that lets you easily switch between the primary camera and the wide-angle one. There is AI which can recognise what the phone is pointed at and set the camera up accordingly. You can also quickly enable beautification and filters.

The primary camera of the Galaxy M10s performed well in daylight, for a phone at this price, and photos looked nice on the phone’s display. When we checked the photos on a computer we noticed that the dynamic range wasn’t great and colours appeared a little dull. Landscape shots taken in the day looked good but we noticed that the smartphone failed to capture minute details. We could also see grain on zooming in to the image. The wide-angle-camera does help capture a wide field of view but we noticed a loss in quality. Shots also had barrel distortion which warps everything at the edges. 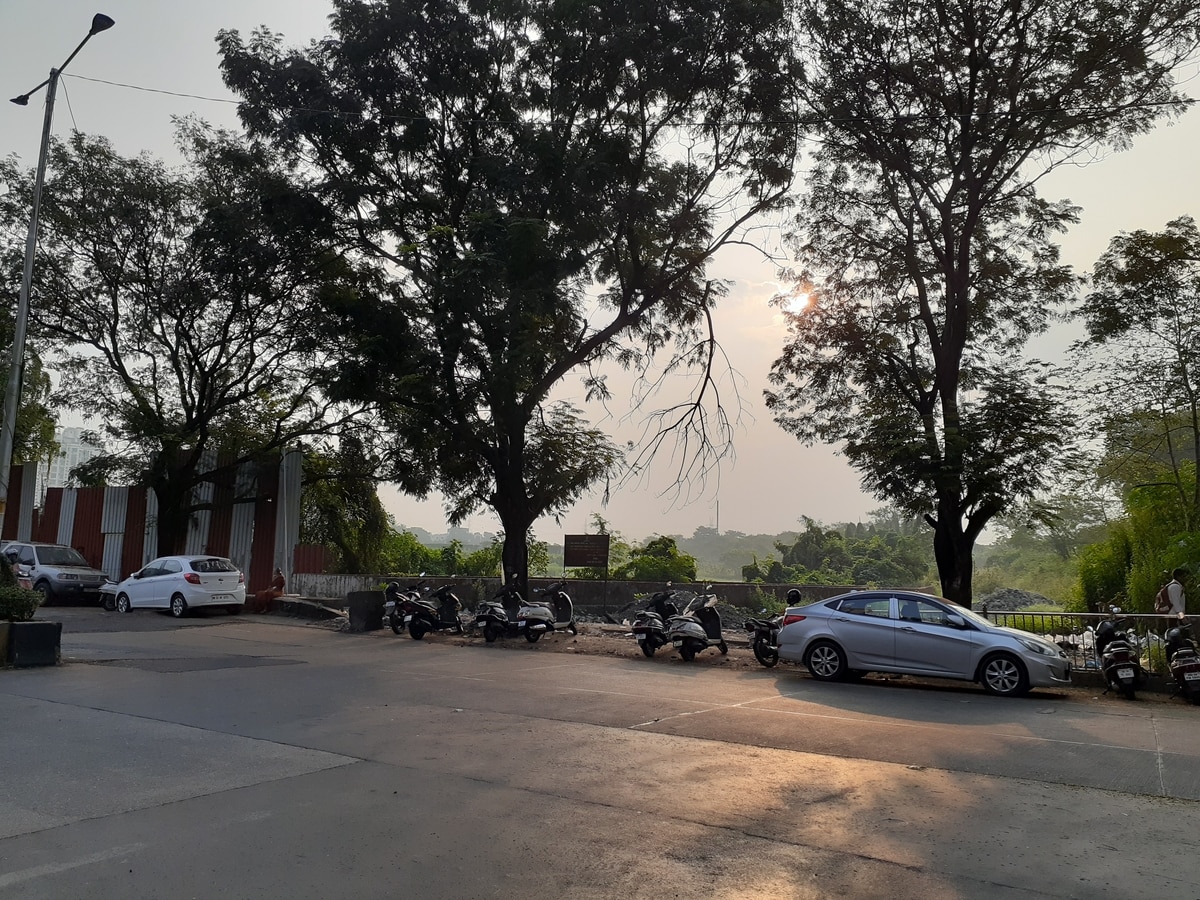 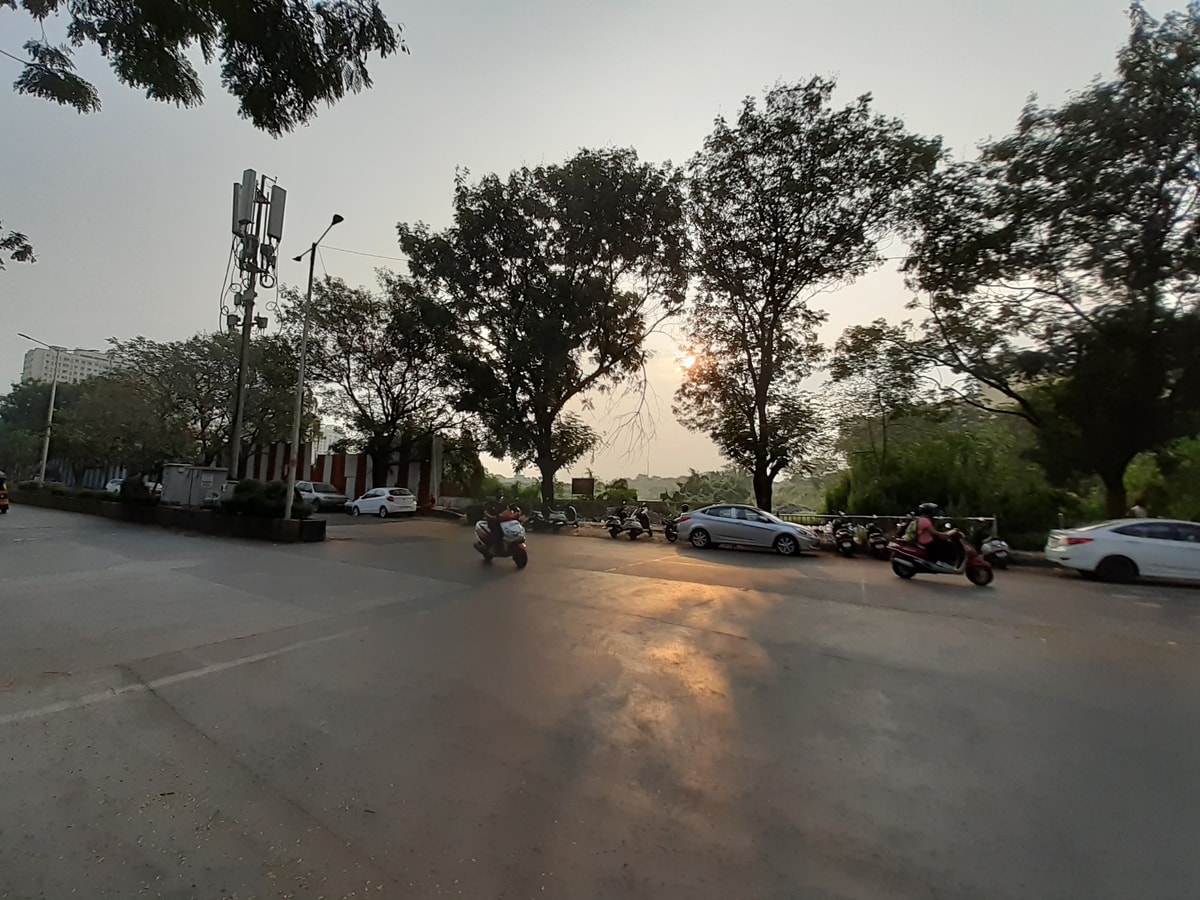 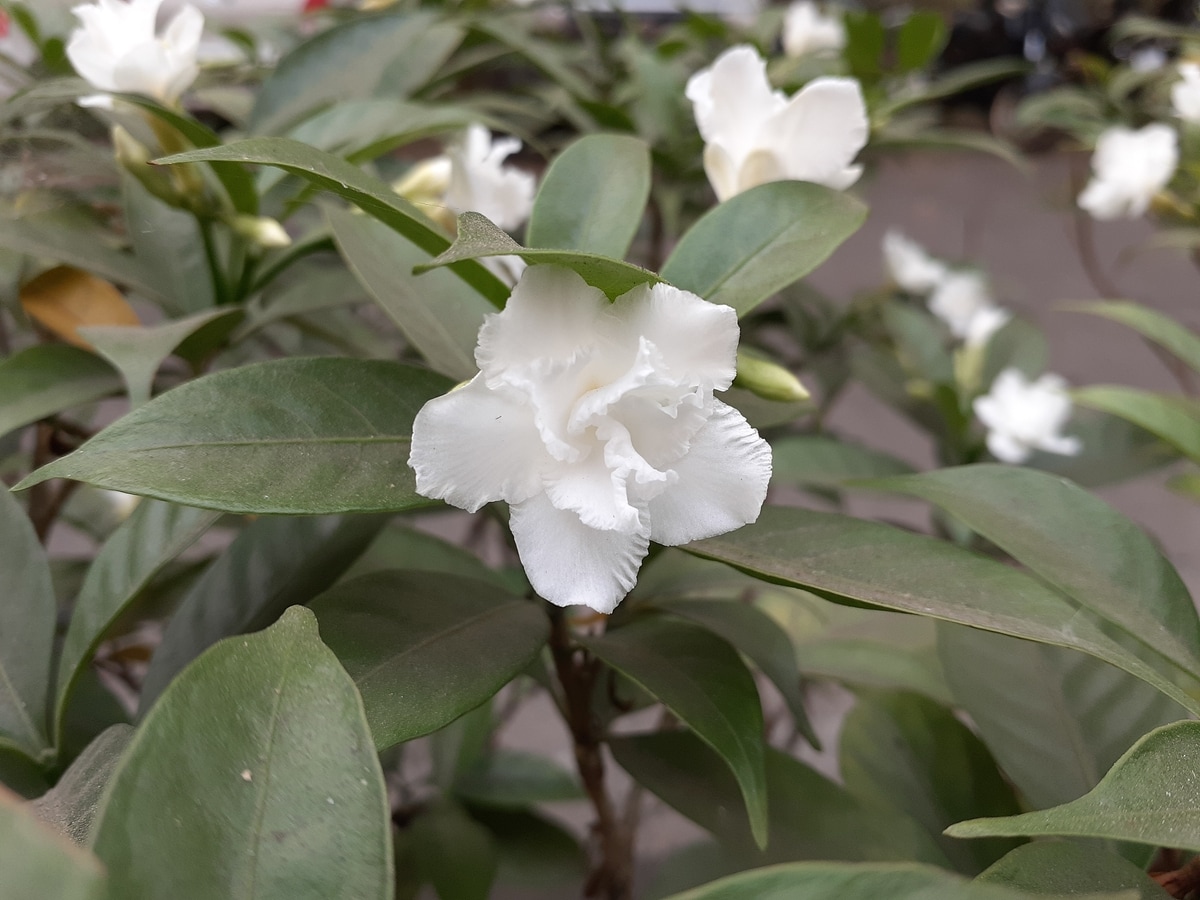 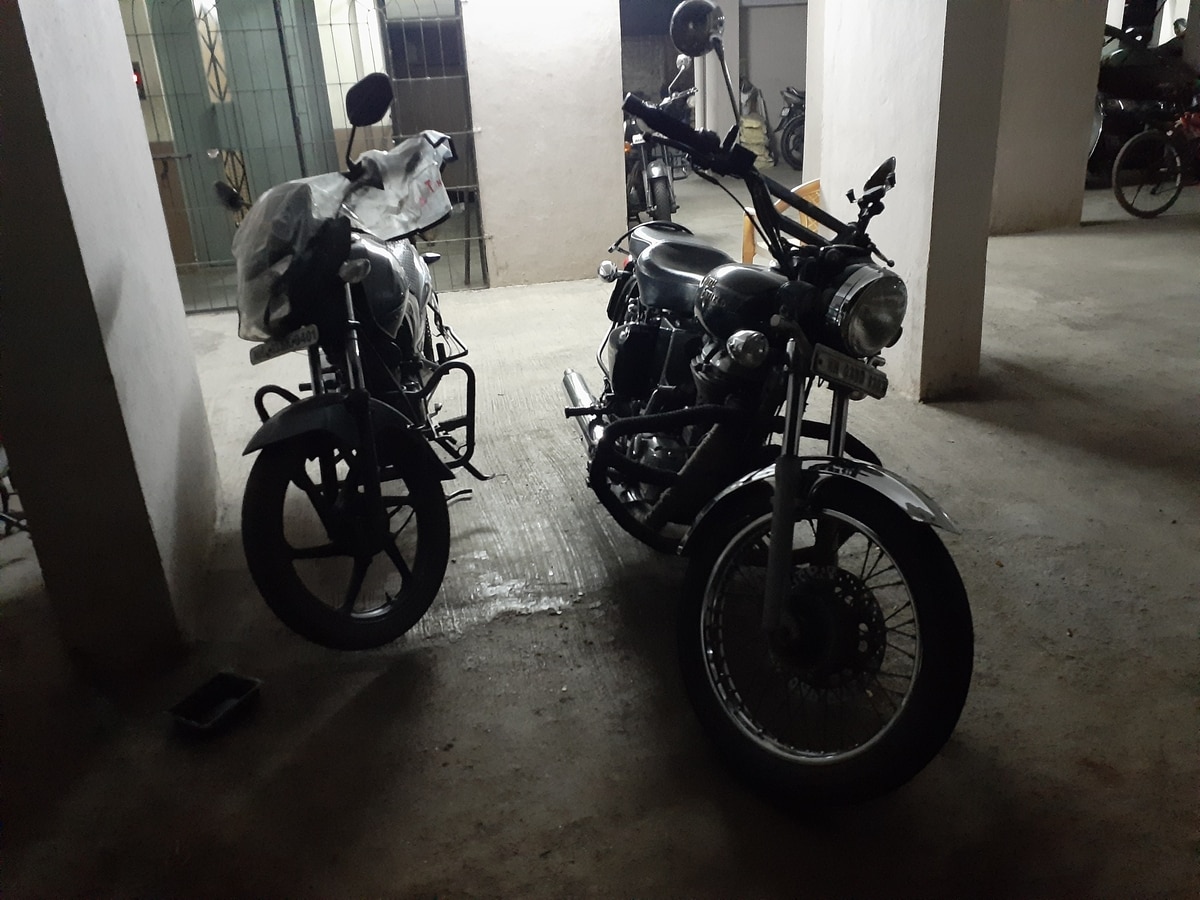 Close-ups were a lot better but the smartphone took slightly longer to focus than we expected. Once it did lock focus, it delivered sharp output with a natural depth effect for the background.

Camera performance drops when shooting in low light. The smartphone takes a little time to meter scenes and lock focus. Photos lacked detail and big grains were visible on zooming in. Close-ups lacked detail and it wasn’t easy to get the phone to focus where we wanted it to.

Portraits taken in daylight had good edge detection and the Galaxy M10s lets you select the level of blur before taking the shot. In low-light, the output wasn’t sharp and grainy for our liking. Selfies have beautification enable by default and are good enough for the price but we did notice the performance dip in lowlight. Video recording maxes out at 1080p for the primary as well as the selfie shooter. It lacks stabilisation which resulted in shaky footage.

The Galaxy M10s was launched at Rs. 8,999 in India and it is among the few smartphones that offer an AMOLED display at this price point. We like that it has a crisp display and is relatively light while still delivering good battery life. The bundled fast charger also lets youtop the smartphone up quickly. These are things that will impress buyers who want a simple, modern, affordable smartphone.

However, competition is brutal and the Galaxy M10s does not have a lot to offer in terms of performance. The Exynos processor is only good for simple tasks; throw anything heavy and it does stumble. Samsung also needs to put some more work into the cameras if it wants to dominate this segment. We don’t need lots of additional cameras, but improving low-light performance and bumping up the focus speed with software updates would help the Galaxy M10s immensely.

If you are looking specifically for a Samsung device on a budget, the Galaxy M10s will do just fine. However, you should also consider options such as the Realme 5 (Review) or the Redmi Note 7S (Review) at this price level. If you value battery life, then you could consider the Samsung Galaxy M30 (Review).